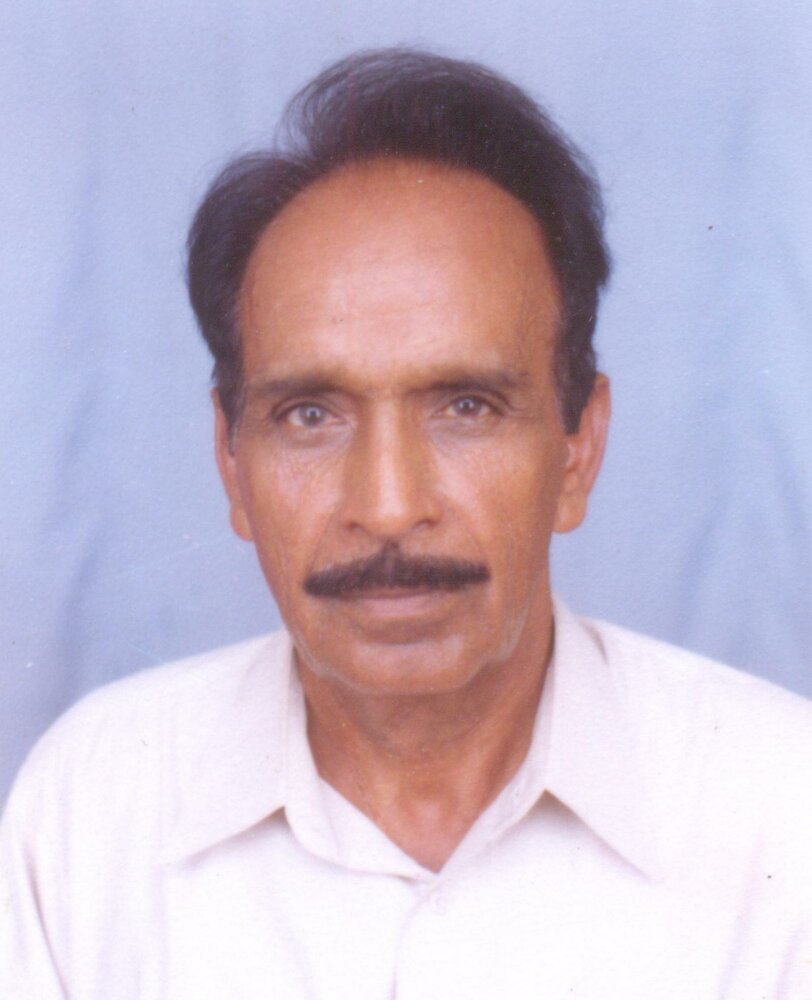 Please share a memory of Chaudhry Zafar to include in a keepsake book for family and friends.
View Tribute Book

Respected Chaudhry Zafar Ahmed Virk Sahib had a deep love of Khilafat and was regular in the daily prayers. May Allah grant Maghfirat to the deceased and elevate his spiritual status in the heaven! Amen!  May Allah also shower His mercy upon the grieved families and give them solace and fortitude and enable them to bear this loss with patience! Amen!

Eulogy by the family:

Respected Chaudhary Zafar Ahmed Virk Sahib of Barrie Jamat passed away on the morning of November 16th, peacefully at his home at the age of 86.

He did his Ba'it in 1952, while he was studying in Islamia High School Rabwah. He was the first and only one among his brothers to accept Ahmadiyyat at a young age. He was steadfast in protecting Ahmadyyia mosque and jamat members homes at Sargodha during 1974 riots from anti-jamat mob attackers. He served in Pakistan Airforce during the war of 1971 and later on worked as agriculturist on his native lands. He was regular in attending Jummah Prayers, while residing in Peace Village and would always get together with his friends to share smiles and jokes. He had an easy-going personality and would always have a friendly conversation with anyone and make lasting friendships. He enjoyed outdoors, riding bike in his late age and took pride in dressing well for all the occasions.

He leaves behind two sons Farooq Virk Sahib of Barrie, Usama Virk Sahib of Maryland USA and a daughter Sidra Khan Sahiba of Calgary; he was loving grandfather to Waleed, Haseeb, Afrasiab, Hisham and Innaya.

*(Kindly donate under the head of Mississauga Funeral Home which can be turned on by clicking on “Add Donation” option on the website. If you are not a member of Ahmadiyya Muslim Jama’at kindly mention the member code as 9999.)

Share Your Memory of
Chaudhry Zafar
Upload Your Memory View All Memories
Be the first to upload a memory!
Share A Memory
Plant a Tree