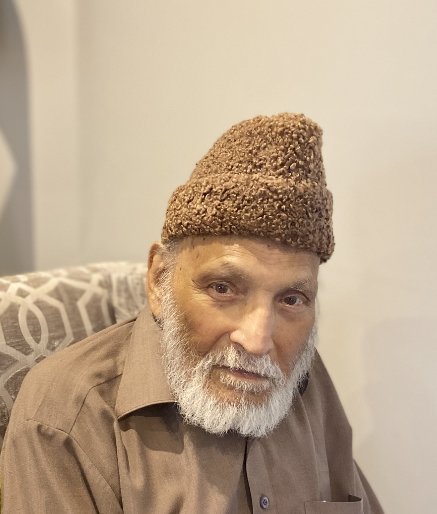 Please share a memory of Mohammad Aslam to include in a keepsake book for family and friends.
View Tribute Book

He served the Canada jamaat in Toronto in various roles and capacities which are as follows:

•      Assistant to Registrar of Marriages

He exemplified the true meaning of being a “waqaf-e-zindagi” as the purpose of his life became serving the Jamaat and carrying out his duties in the Mission House. He touched everyone he met with his kindness, empathy, compassion and a sense of service to others. His last visit to his office in Tahir Hall was in March and he felt a loss of purpose in life as he was unable to go to the Mission House due to the lockdown.

He was a loving father and an exemplary husband with a deep love for Khilafat and always reminded us to keep dedicated to the Nizam-e-Jamaat, perform our prayers, pay our dues and provide services to humanity and mankind. May Allah grant Maghfirat to the deceased and elevate his spiritual status in heaven! Amen!  May Allah also shower His mercy upon the grieved family and give them solace and fortitude and enable them to bear this loss with patience! Amen!

In the prevailing situation, as per government regulations, please maintain at least 6ft. of physical distance and avoid hand shake and physical embracing.

*(Kindly donate under the head of Mississauga Funeral Home which can be turned on by clicking on “Add Donation” option on the website. If you are not a member of Ahmadiyya Muslim Jama’at kindly mention the member code as 999.)

Share Your Memory of
Mohammad Aslam
Upload Your Memory View All Memories
Be the first to upload a memory!
Share A Memory
Plant a Tree