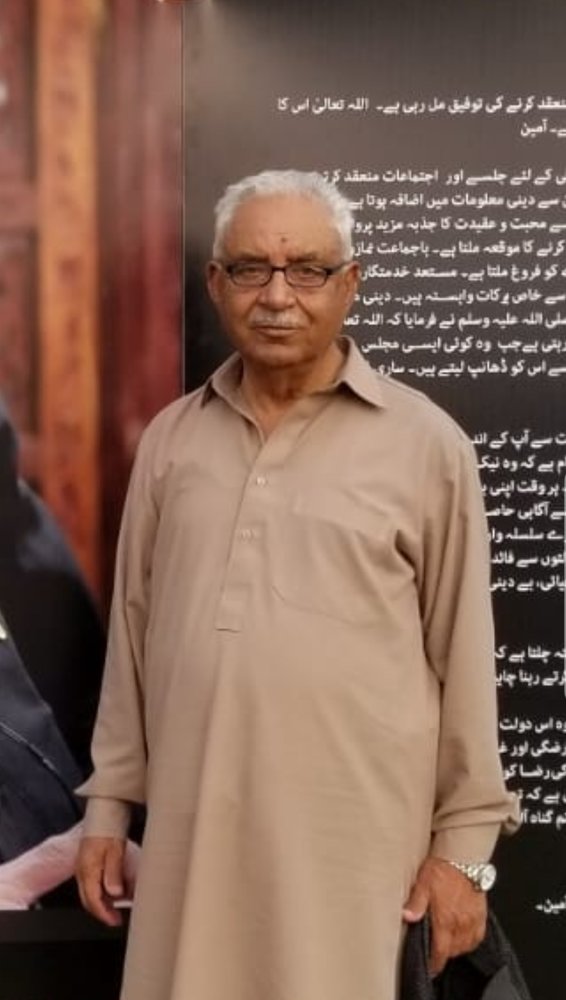 Right After Maghrib Prayer At 6:30PM

Respected Khawaja Muhammad Yousaf Sahib belonged to a very devoted Ahamdi Family of Kashmir, India. His grandfather, Respected Ghulam Rasool Sahib belonged to a village named Hammosan on Indian side of Kashmir. During the period of 1924 to 1926 when Hazrat Musleh  Maud (ra) visited Kashmir, Ghulam Rasool Sahib did bait on his hand and is considered amongst one of the earliest Ahamdies of the village of Hammosan. He migrated to Pakistan in 1965 during India / Pakistan war and settled down in Rawalpindi, Pakistan. He completed his higher education in Rawalpindi and got married with renowned Kashmiri leader Late Khawaja Abdul Ghaffar Dar Sahib's daughter, Naeema Dar Sahiba. He migrated to Canada in 2015 and settled down in Peace Villiage. He had a deep love of Khilafat and was regular in daily prayers. May Allah grant Maghfirat to the deceased and elevate his spiritual status in the heaven! Amen!  May Allah also shower His mercy upon the grieved families and give them solace and fortitude and enable them to bear this loss with patience! Amen!

Share Your Memory of
Khawaja
Upload Your Memory View All Memories
Be the first to upload a memory!
Share A Memory
Plant a Tree