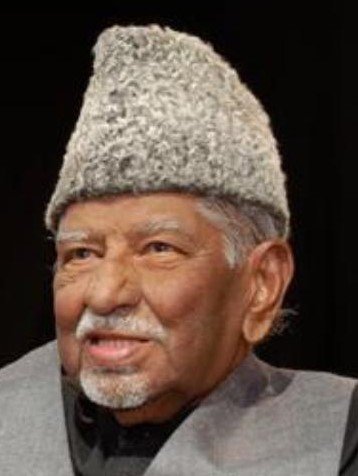 We are sad to announce the demise of Respected  , Who passed away on at the age of .

By the Grace of Allah, Respected Abdul Aziz Khalifa Sahib was a Musi.

Respected Abdul Aziz Khalifa Sahib migrated to Canada in 1967. He comes from a noble Khalifa family of Jummu and Kashmir. His grandfather accepted Ahmadiyyat and discovered the Tomb of Jesus in Sri Nagar, Kashmir. His father Hazrat Khalifa Abdul Rahim Sahib (ra), Grandfather Khalifa Nur-ud-Din Sahib (ra) and his maternal grandfather Hazrat Umer Baksh Sahib (ra) were all companions of the Promised Messiah (as).

Khalifa Sahib lived in Peace Village and in spite of his poor health, he would visit his office in Aiwan Tahir to discharge his several duties with his very welcoming and pleasant personality. He was also blessed with the opportunity to perform Hajj in 2010.

May Allah grant Maghfirat to the deceased and elevate her spiritual status in the heaven! Amin!  May Allah also shower His mercy upon the grieved families and give them solace and fortitude and enable them to bear this loss with patience! Amin!

Share Your Memory of
Abdul
Upload Your Memory View All Memories
Be the first to upload a memory!
Share A Memory
Plant a Tree